Here are our elected school councillors for 2019-2020 and we are delighted to have them on the team.

At Star of the Sea we want the children to have a voice.  Our School Council have regular meetings to say how they would like our school to be.  We also meet regularly with Mrs Di Mambro, the Governors and Friends of Star of the Sea.

The School Council members decorated our beautiful Christmas tree in the hall.

Our new councillors had a very interesting and productive morning with Mrs Keane, Miss Wright and councillors from other local schools. The children worked brilliantly as a team, came up with sone excellent and ideas and presented them well. We will continue to work on our ideas back at school. 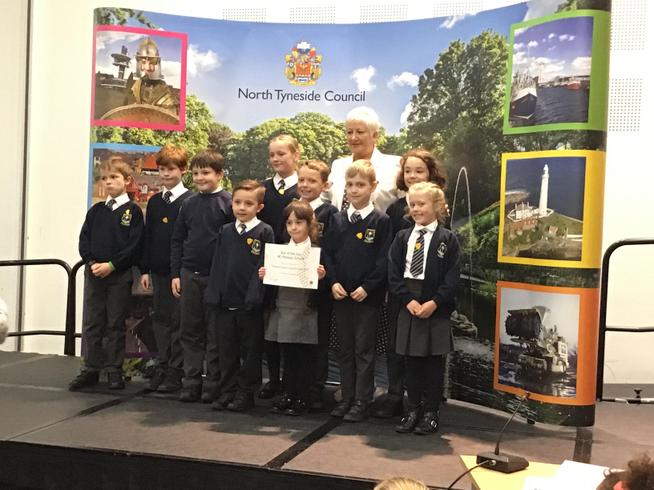 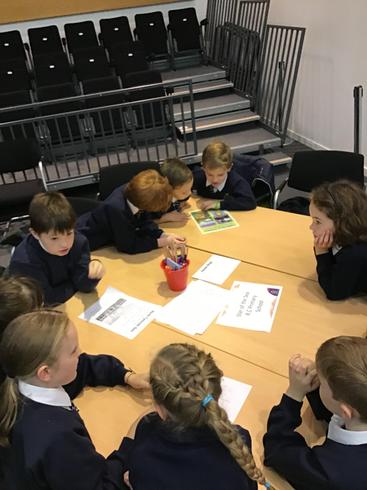 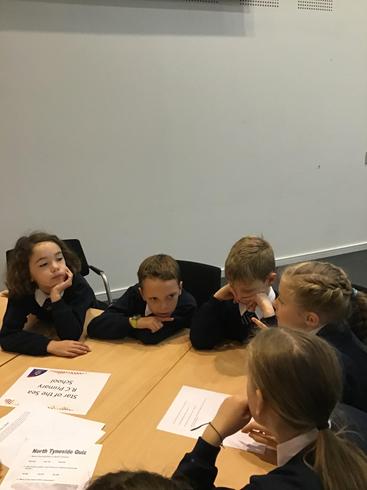 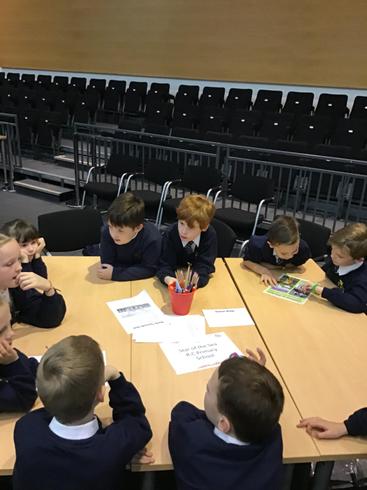 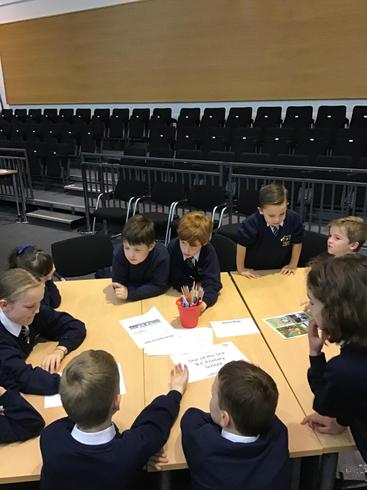 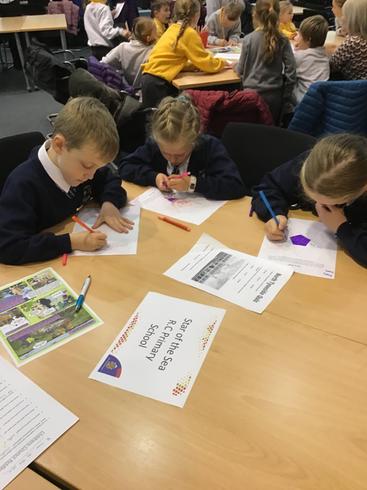 Great news! Our copper coin collection raised £200 for charity. Thank you very, very much ti everyone who donated. We consulted our classmates and then had a meeting to decide what to do with the money. We chose 2 local charities to receive £100 each. They are The Bay Foodbank and CHUF (Children's Heart Unit at the Freeman Hospital).
School Council News

The School Council have decided to raise money for charity during Lent.

We have decided to have a 1p and 2p challenge.

Each class has a plant pot to fill with as many copper coins as they can.

Each class will also suggest charities we might donate to.

We hope you enjoy this challenge.

Our new School Councillors quickly decided that the first issue they would like to promote and encourage was the 'Daily Mile' activity in their own classes.  They spoke about it to the whole class and produced a poster as a permanent reminder of the benefits.  They also came up with slogans and challenges for their classmates, such as 'Run, don't walk' and  'Try to do more than the day before'.

This term the School Council will be getting involved with promoting healthy eating and snacks in school.  They will be working as a group and passing on positive messages to other children in their year groups and phases.

Thanks to everyone who visited our stall at the Christmas Fayre.  Lots of you had a go at guessing the name of the cuddly snow leopard.  The lucky winner was Megan from Year 5 and the winning name was Robin.

The School Council will soon be having a meeting to count the profits and decide what to do with the money raised.

We have now carefully counted the money and the good news is we raised £21.50.  After a discussion and a vote the councillors decided to spend the money on CAFOD World Gifts as follows.

An extra £2 was donated to  CAFOD  and the spare 50p went in a Charity collecting tin.

As instructed by the Government, we have had to close school to most of our children. Please take care everyone...
K Latest News
Read More
I Calendar Dates
Read More
H Newsletters
Read More
D Attendance
A Latest Tweet
Read All Tweets
Top
Cookie information
Cookie Notice